South Florida has an extensive reef system just off shore and Lauderdale-by-the-Sea is right in the middle of our best diving where the reef starts within 100 yards of the beach. In fact, in 1997 Broward County declared Lauderdale-by-the-Sea “The Shore Dive Capital of South Florida”. The town has been featured on the popular ScubaNation TV show on Fox/Sun Sports and is home of the annual Bugfest By The Sea, Florida’s largest festival devoted entirely to lobster mini-season. By The Sea Realty is proud to be a supporter of the town’s scuba diving community and coral reef conservation efforts.

Lauderdale-by-the-Sea is also home to the SS Copenhagen ship wreck, one of just 11 underwater archaeological preserves in Florida. In 2001 the Copenhagen was placed on the National Register of Historic Places. Located on a shallow reef just off the beach this wreck is popular with both scuba divers and snorkelers.

The Town also has a unique artificial reef project called the Biorock Project which is powered by two solar-buoys, accelerating the rate of coral growth. Located about 700 feet offshore just south of the Datura Avenue portal, the Biorock structure was deployed in 2011. 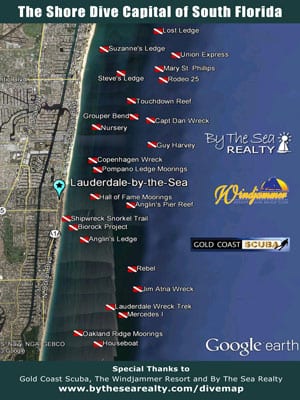 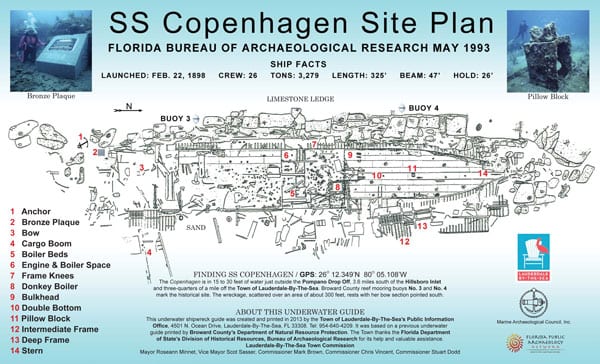